A bit of unrequited love in my latest short story on Storgy. 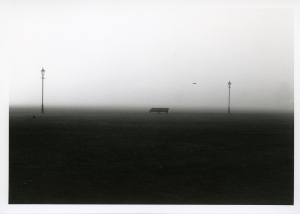 From the first moment I see you, that’s it.

We’re on our lunch from work, taking advantage of the dry weather and kicking a ball around the Common, when Mac suddenly stops and nudges me.

I look in the direction he’s indicating – towards you. I’d already seen you earlier, but knowing what he’s like, I purposely show little concern, as my interest will only increase his. He’s always been the competitive type.

He looks at me, raising his eyebrows. ‘Maybe I should go over? Say hello?’

‘Try it,’ I say, surprised by the warning in my voice. I can see Mac is, too.

I still half expect him to amble over, but instead he shrugs, throws the ball in the air and boots it over to Pommy.  That’s strange. I’m not used…

True To Your Health Personalised Nutrition

Invest in a Life of Better Health

storgy.wordpress.com/
Odyssey of a Novice Writer

Aspiring novelist. Avid reader of fiction. Reviewer of books. By day, my undercover identity is that of meek, mild-mannered legal assistant, Kate Loveton, working in the confines of a stuffy corporate law office; by night, however, I'm a super hero: Kate Loveton, Aspiring Novelist and Spinner of Tales. My favorite words are 'Once upon a time... ' Won't you join me on my journey as I attempt to turn a hobby into something more?

Inspiration and a good pinch of salt

Hey, Nice to meet all of you, my name is Heather. I have BPD. I am here to share my everyday struggles with you, be a support for you, and I am here to chat with you if you want to chat...:)

The Map of Antarctica

Writing is good for you!

a to z of the writer of the a to z